Mother Storm has been the rector of St. James the Less since 2016. Her responsibilities at St. James include preaching and teaching each week, tending to the congregations's pastoral needs, and managing the organizational and administrative operations of the church.

Mother Storm is very active in the wider Scarsdale community as a parent of two school-age children, an instructor in religion and literature at the Scarsdale Adult School, and a member of the Interfaith Clergy Council. In the Diocese of New York, She serves on the Reparations Committee, the Campus Ministry Committee, and is the Dean of the lower Westchester clergy clericus.

Before coming to St. James, Mother Storm was the rector of St. Nicholas-on-the-Hudson, an Episcopal parish on the Hudson River that she grew from a small, mission parish to a full-fledged Episcopal Church during her 10 years there. Before that, she was at Grace Church in Manhattan. Her ministry began in Columbus, Ohio, where she was served as a curate (assistant priest) after graduating from Yale Divinity School (2001).  Please feel free to contact Mother Storm any time at rector@stjamesscarsdale.org. You can read her sermons here. 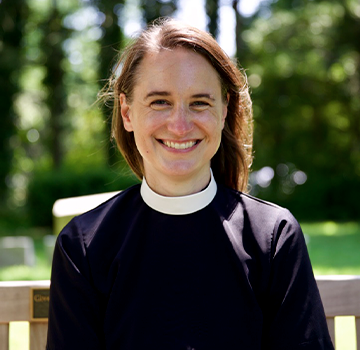 The Rev. Canon Petero A. N. Sabune has served in many roles throughout his career as a priest in the Episcopal Church. Though retired, he is currently the priest-in-charge of Sts. John, Paul & Clement in nearby Mount Vernon.  Previously, he was the Africa Partnership Officer for the Episcopal Church. Before that Father Sabune was the pastor and Protestant chaplain at Sing Sing Correctional Facility, a maximum security prison in Ossining, New York.

In 1972, Sabune fled his native-born Uganda and the ruthless dictator Idi Amin. Sabune’s brother was killed by Idi Amin in 1976 and his sister was killed by one of Amin's men in 1977. Another brother died in Nairobi, Kenya after a narrow escape from Amin's men.

As a parish priest, Sabune served in churches throughout the greater New York/New Jersey area, including as Dean of a cathedral. Internationally, he is a trustee of the Episcopal Seminary in Haiti, was a founding board member of the Business and Technology Institute of Haiti, and was chair of the Forgiveness and Reconciliation project. Among his awards and honors, he received the Minorities in Criminal Justice Leadership Award, the NAACP Community Service Award, and the Caribbean American Families Community Service Award.  Since the Fall of 2020, Father Sabune conducts the Sunday 5 pm service each week, as well as teaches the 8th Grade Confirmation Class.

Dr. Lewis maintains an active career as an organist/choral conductor and is pleased to make St. James the Less his church home, where he directs the choirs, plays and maintains the new Klais organ, and manages the concert series. He is also the Organist and Choir Director at Temple Israel in Lawrence, NY, Artistic Director and Conductor of St. George’s Choral Society, and a member of the Organ Faculty of the Juilliard School Pre-College division.

Previously, Dr. Lewis served as Organist/Music Director at the Church of the Incarnation (Madison Avenue), and taught organ at Westminster Choir College. He received the master of music and doctor of musical arts degrees at the Juilliard School; his teachers include Jon Gillock, Marie-Madeleine Duruflé, and Robert Page. Making music and working with others is Dr. Lewis's passion. He lives in Mount Vernon with his husband, Pat Rasile.

Deacon Susie received her Master’s Degree in Childhood Education from Bank Street College in New York City. She was recently ordained in May 2019. Deacon Susie has spent her career working as a Christian Educator in both urban and suburban churches. She oversees the church school, youth groups, Holy Communion Class and Confirmation class.

On Sunday mornings, she proclaims the Gospel and preaches once a month. This year, Deacon Susie will be working with the Westchester Food Bank and United Thank Offering to raise awareness in the parish community. She is passionate about walking with young people on their faith journeys. Susie has recently moved to Scarsdale with her husband Charlie.

They have two grown children, Georgina and Gordon and a daughter Eugenie, who is a sophomore in college.

Cheryl has been a parishioner of St James the Less for many years. She served on the Vestry and then as Senior Warden. She also was a long time Senior Youth Group Leader. She is the ongoing co-chairperson of our annual Mardi Gras Fundraiser, founder and ongoing leader of our Midnight Run Outreach program, and currently helps lead our Arts and Music program for kids on Sundays to name just a few positions she has held. Cheryl is a skilled organizer and project manager, while at the same time being a warm and caring person who is able to work well with people of all ages. She brings these skills as well as her creativity and innovation to the leadership of our nursery school.

Cheryl is a graduate of Syracuse University and taught at the elementary and high school levels before beginning a career in business. Most recently she was the Chief Operating Officer for Anthony For Men a line of men’s grooming products, and was the Founder and CEO of BeautySmiths,Inc, a product development and marketing firm in the skincare and personal care products field. She has done extensive graduate work in the field of education as well as attending the Harvard Executive Business Program.

Carol has a BBA from Pace University and spent many years as an analyst in a Fortune 100 corporation, followed by positions in accounting firms and small businesses.  She has also served as a church treasurer and on the boards of local non-profit organizations.

She has lived in South Salem for 28 years, and spends her spare time visiting her daughters in Los Angeles and Baton Rouge, exploring museums and historic sites with her husband, and reading.  Carol enjoys the many and varied aspects of her job, and finds it fulfilling to provide reporting and analysis to support the fiscal management of the church, as this helps to promote its health, vitality, and growth.

"Being a Christian is not essentially about joining a church or being a nice person, but about following in the footsteps of Jesus, taking his teachings seriously, letting his Spirit take the lead in our lives, and in so doing helping to change the world from our nightmare into God’s dream.” ― Michael Curry, Crazy Christians: A Call to Follow Jesus 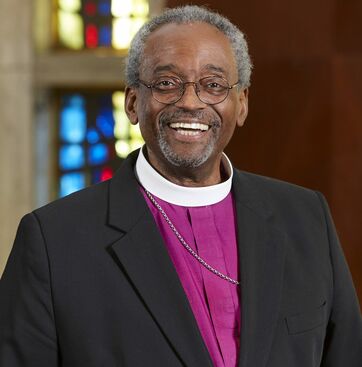 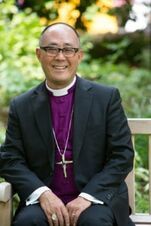 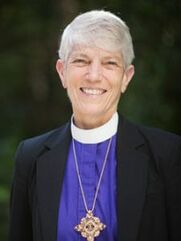