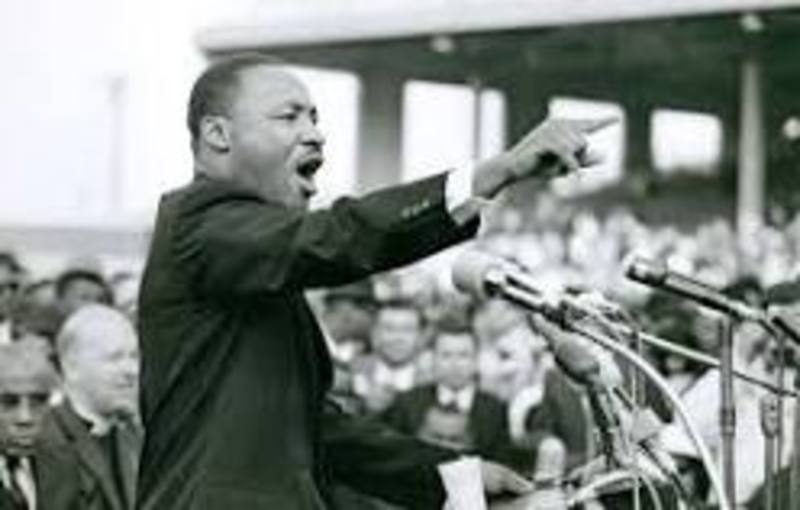 Summary:  Sometimes, we can play a role in identifying and supporting the spark of godliness in another person, urging them to find their identity by nudging them, and God will do the rest.

The gospel story today takes us to the beginning of Jesus' ministry. John the Baptist is talking to a crowd; he sees Jesus approaching and points Jesus out as "the Lamb of God who takes away the sin of the world!" If you have studied these verses, you will stop and rewind that thinking because, if I recall, the mothers of John and Jesus are relatives, so they must have known each other before the baptism. This tells me John was playing his role as the 'forerunner.' He identifies Jesus and testifies to his divinity. He says in vs. 31…." For this reason, I came baptizing with water so that the Messiah might be revealed to Israel."

Here's where this text speaks to us: Many of us can play a role like John's in identifying and supporting the spark of godliness in another person, urging them on to find their identity in terms of nudging them, as you would an artist, a musician or even a preacher. God takes control and nourishes the person's gift.

Listen to this:  ….there was a young man who seemed destined for a solid, middle-class career. He had gone to the right schools; he gained excellent academic skills. Everyone expected that he would honor his grandfather's distinguished precedent. Not only that - he had also earned a doctorate at a prestigious university. The fact seemed to have been set in stone that Dr. Martin Luther King, Jr. would climb into the pulpit of a comfortable church and preach the gospel. So, when Dexter Avenue Baptist Church called, Martin was ready, and Pastor and people thought all would be well for a long time to come.

But one day, everything changed. Mrs. Rosa Parks, whose feet were tired, refused to give up her seat on the bus just because a white person wanted it. Her arrest gave birth to a movement that needed a leader. Pastor King, Jr. was not looking for another task, but his colleagues saw something unique in him and urged him to lead the boycott. Martin followed his baptismal covenant – to strive for justice and peace among all people and respect the dignity of every human being. Surrounded by people moved by the same Spirit, he kept on knowing he was in danger. Isn't it true that, in the company of others with a like spirit, we become more spirit-filled and are empowered to glow and illuminate one another? That's called "CHURCH." Church encompasses those who have developed a diet for a common goal. Little did the church at Dexter Avenue know that Martin was more than they presumed. He was a forerunner! Here's a piece of history.

Up in Concord, New Hampshire, a row of lovely old homes lined up in a ridge. In each home's backyard, there's a storage to store perishables. In the 19th Century, enslaved people who escaped the brutal system headed northward en route to Canada via what was known as the Underground Railroad. Concord became a key station. You see, the townspeople along that ridge connected their little storage cavities so that the escaped could find their way from one hole to another and ultimately to the exit leading to safety. The reporter filming the story put his light into one such spot and said, "Wouldn't the escaped slaves have been afraid to go down there?" The town historian had an answer: "Oh, yes, but they did not go alone. There was always a Conductor with a torch. He always went ahead with the light." Isn't it a good metaphor for John the Baptist as the Conductor? I can't help but apply that metaphor to Dr. King, who was a torch bearer in the dark years of the 1960s. The churchmen of Montgomery trusted Dr. King with the torch. He took it and led the oppressed through the dark tunnels of racial and civil injustice, hoping to come to freedom. His life was in danger, but he kept on; because he believed that though a man may die, the truth lives on. That is what we have before us, dear friends - to stand for the truth. This is the audacity of our hope.

What is particularly touching to me about the gospel is Jesus's invitation to his new followers to "come and see." That invitation extends to us. But to see, we need the Light of Christ before us, and that's the only way we may shine and brighten the world around us. Amen!

The Collect  -  January 15, 2023 Almighty God, whose Son our Savior Jesus Christ is the light of the world: Grant that your people, illumined by your Word and Sacraments, may shine with the radiance of Christ's glory, that Christ may be known, worshipped, and obeyed to the ends of the earth; through Jesus Christ our Lord, who with you and the Holy Spirit lives and reigns, one God, now and forever. Amen.

Subscribe to receive email updates with the latest news.